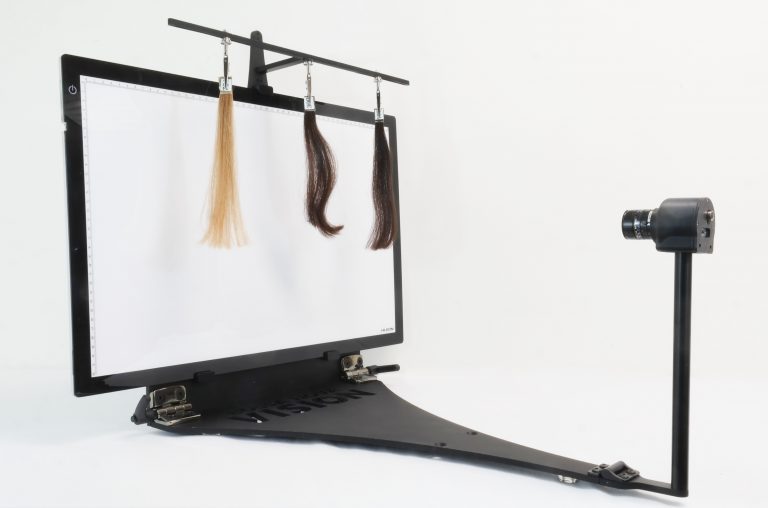 For some time now, we – at Bossa Nova Vision – have been on a mission to create an instrument that can accommodate a wide range of measurement capabilities in a package that is easy to use and easy to stow away; the result is the Shuffle.

Crammed with years of optical R&D experience and feedback from cosmetic testers, the Shuffle consists of a collapsible frame that can be fitted with various attachments, allowing the user to measure a wide range of visual parameters using a single system. Laboratories looking to expand their research and testing capabilities without breaking the bank or cluttering their space with bulky equipment now have a solution, a cosmetic Swiss-army knife.

Similar to our Bolero Lite in its design, the instrument base consists of a foldable aluminum frame in which a camera and back-illumination are integrated. Attachments are easily mounted atop the illumination and work with dedicated software.

In order to be cost-effective and as easy to use as possible, the integrated camera was carefully selected to work with both current and future attachments. And should you want to perform measurements in a humidity controlled environment, our humidity system composed of a humidity controller and box is designed to accommodate the Shuffle.

The Shuffle comes standard with the Bolero Trio attachment and software for all existing attachments. Out of the box, the instrument can run simultaneous 2D volume and frizz measurements on up to three tresses, or accommodate an especially wide, frizzy tress. We currently offer two additional attachments, the Hula for hair swatch motion analysis and Bolero 360 for volume evaluation using 3D reconstruction.

Among the many and varied requests we get from cosmetic labs, hair motion analysis has been a recurring theme. To that end, we partnered-up once again with TRI-Princeton to develop the first ever tool for quantifying hair movement, the Hula.

The attachment consists of a calibrated motor which swings a tress back and forth in a controlled arc. The software then processes captured images to measure Fly-away/frizz and bulk changes over angular displacement, max displacement over frequency of movement, and damping (or residual movement of the tress after the motor is stopped).  We will continue to update the software as this novel form of testing evolves.

We are also doing away with our original Bolero, which has long been a staple of our cosmetic instrument line-up. It is being replaced by the Bolero 360 attachment for the Shuffle. Like its predecessor, the 360 measures 3D bulk and fly-away frizz by rotating the tress and reconstructing its shape at every angle. The attachment consists of a software-controlled motor which is synchronized with the camera to capture the entirety of a tress.

With its current attachments the Shuffle can be used to confirm claims regarding volumizing and anti-static properties, fluidity and hold, and the efficacy of a product over time by utilizing the time-lapse capability. But this is just a start; we intend to improve the capabilities of the Shuffle by including some of our existing instruments with Shuffle attachments. These include the Rumba for hair orientation measurements, the Mambo for hair color evaluation and the Tango for hair gloss, chroma and color measurements. 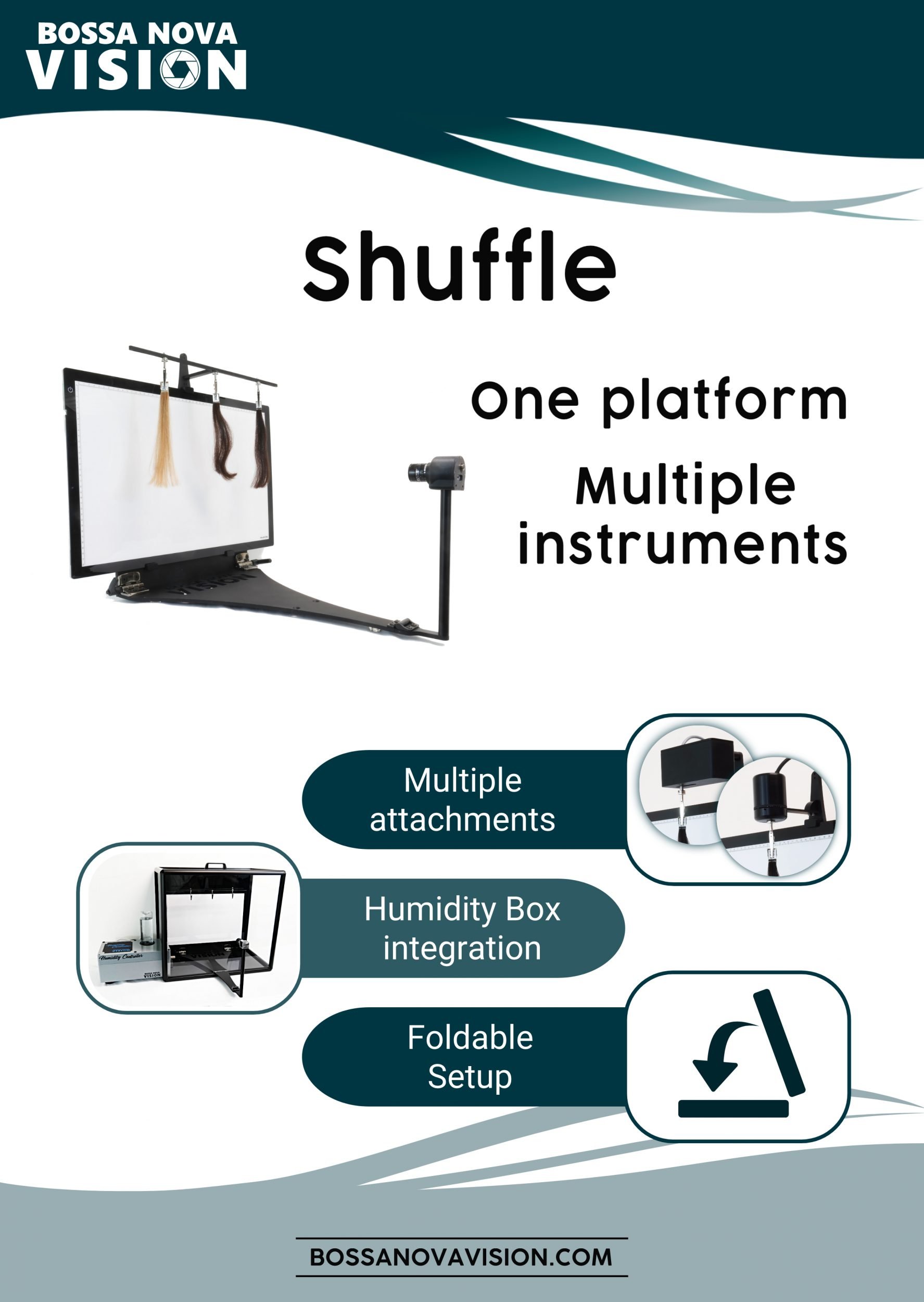 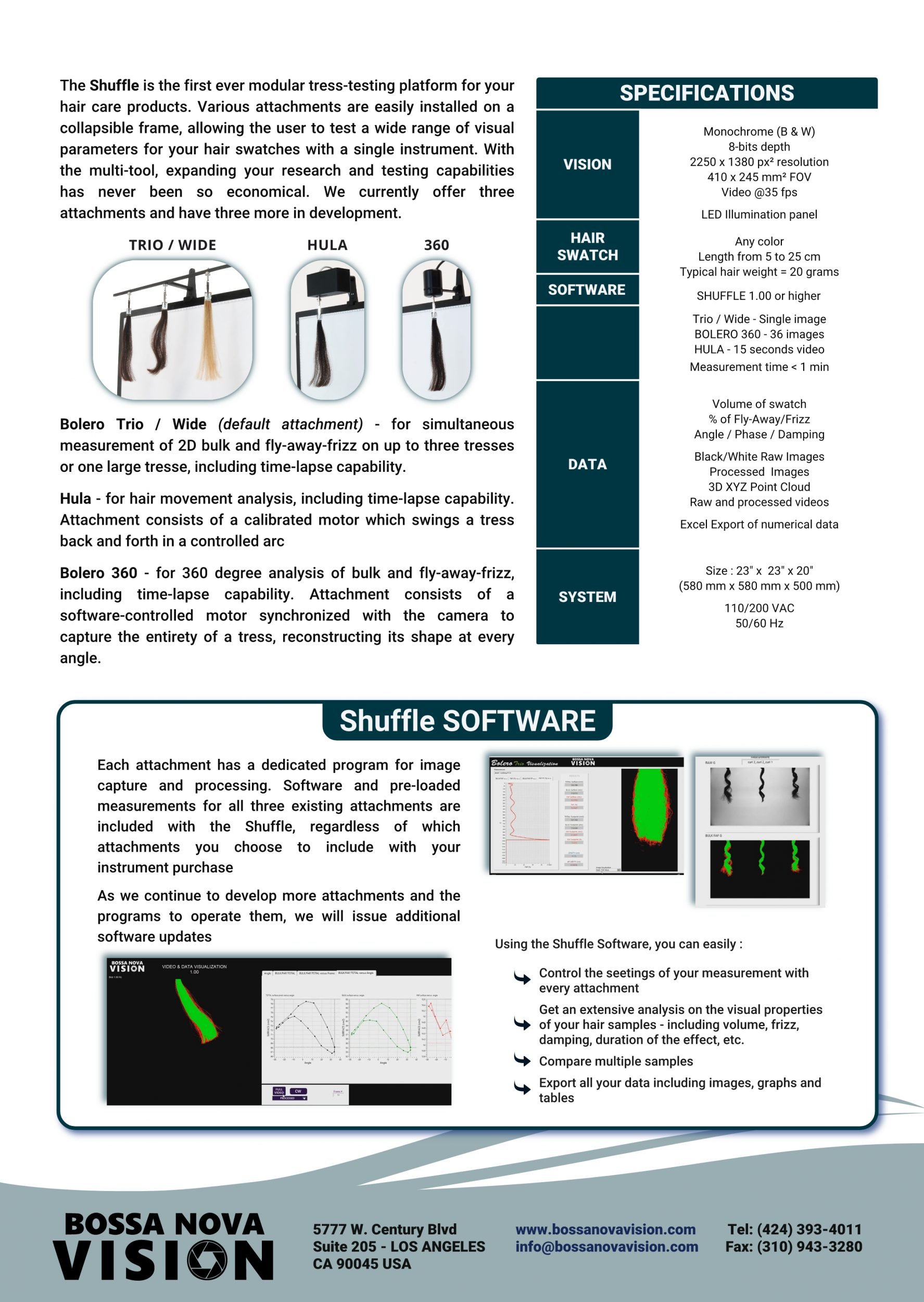 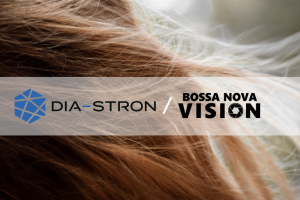 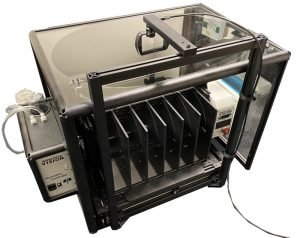 The state of our cosmetic testing systems projects